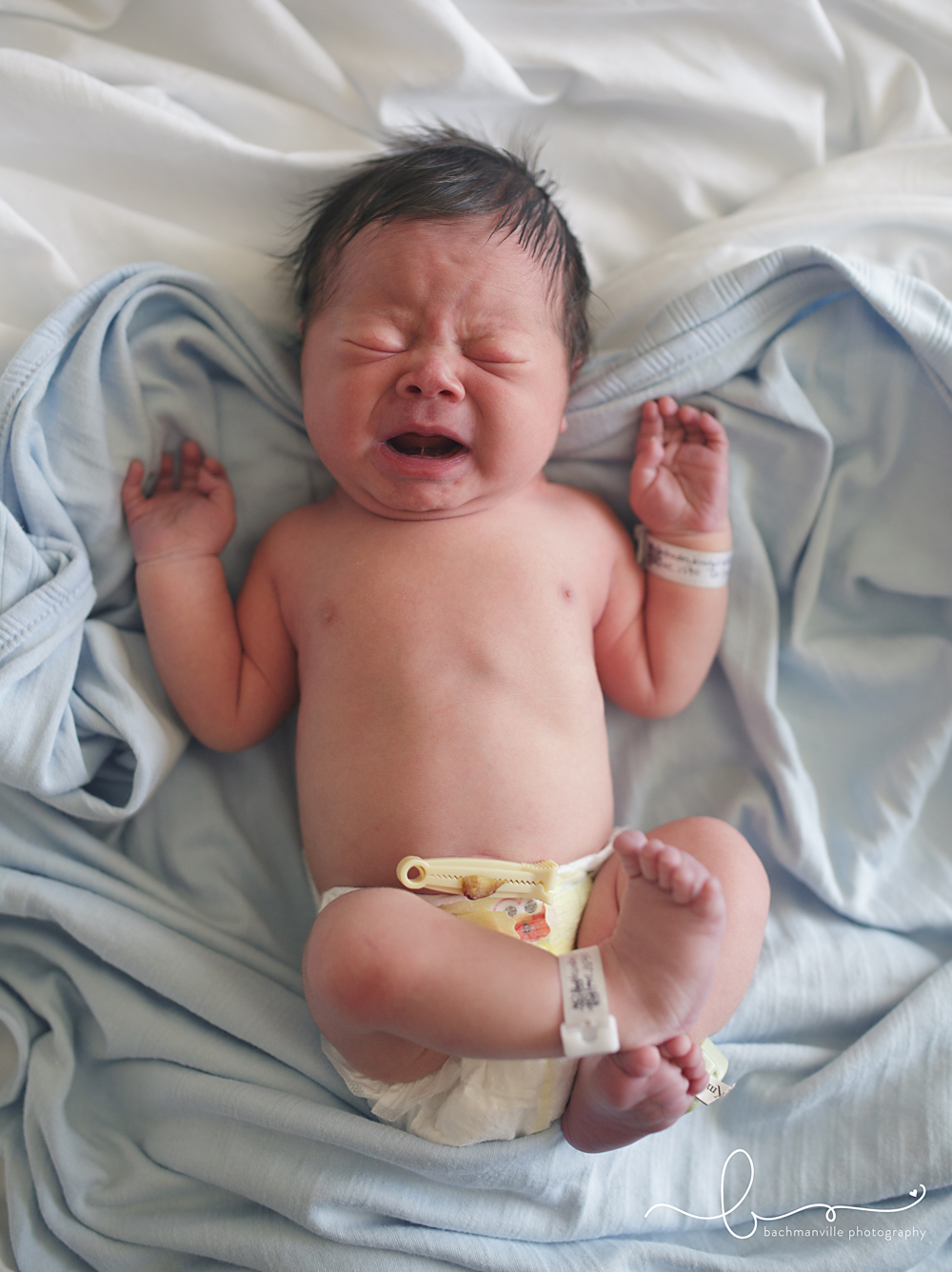 In Pakistan exact incidence of congenital hypothyroidism is not known as no routine newborn screening was performed until ZB Foundation. In a study performed in a tertiary care hospital of Karachi, incidence reported as 1:1000 (Khurram IA et al 2003).

In another study conducted retrospectively in Islamabad PIMS, high frequency of congenital hypothyroidism in hospital deliveries was reported. In three years of study, 962 babies out of 1337 babies were normal, 31 were borderline cases with values ranging from 10 to 18mU/ml and 3 babies were persistent positive cases. (Raza, H. et al 2013; Noreen, R. et al 2016)

“There is a high (approx 40%) prevalence of B12 deficiency in hypothyroid patients. Traditional symptoms are not a good guide to determining presence of B12 deficiency. Screening for vitamin B12 levels should be undertaken in all hypothyroid patients, irrespective of their thyroid antibody status. Replacement of B12 leads to improvement in symptoms, although a placebo effect cannot be excluded, as a number of patients without B12 deficiency also appeared to respond to B12, administration.”

In Central Africa – where iodine deficiency occurs along with excess dietary Cyanate from cassava (Manihot esculenta) – as many as 10% of newborns may have both low cord blood T4 concentration and TSH concentrations over 100 mU/L.

Data from most countries with well-established newborn screening programs indicate an incidence of congenital hypothyroidism of about 1 per 3000-4000. Some of the highest incidences (1 in 1400 to 1 in 2000) have been reported from various locations in the Middle East.

Although percentages of specific etiologies vary from country to country, ranges are as follows:

Table 1: Demographic factors of CH and their incidences

What is Congenital Hypothyroidism?

The term endemic cretinism is used to describe clusters of infants with goiter and hypothyroidism in a defined geographic area. Such areas were discovered to be low in iodine, and the cause of endemic cretinism was determined to be iodine deficiency. In the 1920s, adequate dietary intake of iodine was found to prevent endemic goiter and cretinism. Congenital hypothyroidism is inadequate thyroid hormone production in newborn infants. It can occur because of an anatomic defect in the gland, an inborn error of thyroid metabolism, or iodine deficiency.

Is The Thyroid Gland The Only Effector?

Secondary congenital hypothyroidism can also occur as part of syndromes that affect other organs and tissues in the body. These forms of the condition are described as syndromic. Some common forms of syndromic hypothyroidism include Pendred syndrome, Bamforth-Lazarus syndrome, and brain-lung-thyroid syndrome.

Infants with congenital hypothyroidism are usually born at term or after term. Symptoms and signs include the following:

Often, affected infants are described as “good babies” because they rarely cry and they sleep most of the time.

The physical findings of hypothyroidism may or may not be present at birth. Signs include the following:

Anemia may occur, due to decreased oxygen carrying requirement. A small but significant number (3-7%) of infants with congenital hypothyroidism have other birth defects, mainly atrial and ventricular septal defects.

The thyroid gland develops from the buccopharyngeal cavity between 4 and 10 weeks’ gestation. The thyroid arises from the fourth branchial pouches and ultimately ends up as a bilobed organ in the neck. Errors in the formation or migration of thyroid tissue can result in thyroid aplasia, dysplasia, or ectopy. By 10-11 weeks’ gestation, the fetal thyroid is capable of producing thyroid hormone. By 18-20 weeks’ gestation, blood levels of T4 have reached term levels. The fetal pituitary-thyroid axis is believed to function independently of the maternal pituitary-thyroid axis.

T4 is the primary thyronine produced by the thyroid gland. Only 10-40% of circulating T3 is released from the thyroid gland. The remainder is produced by monodeiodination of T4 in peripheral tissues. T3 is the primary mediator of the biologic effects of thyroid hormone and does so by interacting with a specific nuclear receptor. Receptor abnormalities can result in thyroid hormone resistance.

Affected infants whose treatment is delayed can have neurologic problems such as spasticity and gait abnormalities, dysarthria or mutism, and autistic behavior.

Congenital hypothyroidism is observed in all populations. The prevalence at birth is increased in Hispanics, particularly in Hispanic females, who have a birth prevalence of 1 in 1886 births. Black infants have about one third the prevalence rate of white infants.

Most studies of congenital hypothyroidism suggest a female-to-male ratio of a 2:1. Devos et al showed that much of the discrepancy is accounted for by infants with thyroid ectopy. The sex ratio for Hispanics is more striking, with a 3:1 female-to-male ratio. The ratio is lower among Black infants.

Most cases of congenital hypothyroidism are sporadic, which means they occur in people with no history of the disorder in their family. When inherited, the condition usually has an autosomal recessive inheritance pattern, which means both copies of the gene in each cell have mutations. Typically, the parents of an individual with an autosomal recessive condition each carry one copy of the mutated gene, but they do not show signs and symptoms of the condition.

If they are healthy and developing normally, older brothers and sisters of a baby with CH are unlikely to have the condition. Talk to your doctor if you have questions about your other children.

The morbidity from congenital hypothyroidism can be reduced to a minimum by early diagnosis and treatment. Although initial preliminary studies were performed using thyroid-stimulating hormone (TSH) levels in cord blood, mass screening was made feasible by the development of radioimmunoassay for TSH and thyroxine (T4) from blood spots on filter paper, obtained for neonatal screening tests.

An out-of-range result may occur because the initial blood sample was too small or the test was performed too early. However, as a few babies do have the condition, it is very important that you go to your follow-up appointment for a confirmatory test. Because the harmful effects of untreated CH can occur soon after birth, follow-up testing must be completed as soon as possible to determine whether or not your baby has the condition.

NOTE: THE SERUM TESTING OF CH IS AVAILABLE IN EVERY LAB IN PAKISTAN. The results of Borderline cases of values ranging from 9 to 18 micro-units per mili litres are supposed to be sent for Serum testing to confirm the results before starting of treatment of L-Thyroxine. For more details, email at officecoordinator_zbf@yahoo.com

Thyroid scanning is not required to make or confirm the diagnosis of congenital hypothyroidism, but can provide important information about the etiology. On thyroid scanning (using technetium-99m or iodine-123), the absence of radionuclide uptake suggests sporadic athyreotic hypothyroidism but can also occur when uptake is blocked by excess iodide or thyroid receptor blocking antibodies. If no uptake is found on isotope scanning, thyroid ultrasonography may demonstrate thyroid tissue

Thyroid scans can also demonstrate the presence of an ectopic thyroid, such as a lingual or sublingual gland, which is also sporadic. The presence of a bilobed thyroid in the appropriate position or a goiter would suggest either an inborn error of thyroid hormone production or transient hypothyroidism or hyperthyrotropinemia.

The mainstay in the treatment of congenital hypothyroidism is early diagnosis and thyroid hormone replacement. Optimal care may include diagnosis before age 10-13 days and normalization of thyroid hormone blood levels by age 3 weeks

Your baby may need to take L-thyroxine pills, a synthetic thyroid hormone, to replace the natural thyroid hormone that his or her body does not make enough of. An endocrinologist can help determine the appropriate amount of L-thyroxine for your baby and write a prescription.

Only levothyroxine is recommended for treatment. Parents should be provided the hormone in pill form and taught proper administration, as follows:

Toddlers typically chew the tablets without problems or complaints. Initial dosages of 10-15 mcg/kg/d, equivalent to a starting dose of 50 mcg in many newborns, have been recommended. Equally good developmental results, but with higher thyroid-stimulating hormone (TSH) levels, have been reported with half this starting dose (25 mcg/d).

Some nutritional supplements or drugs are known to interfere with absorption of l-thyroxine. These include:

Clinical evaluation should be performed every few months during the first three years of life along with frequent measurements of serum T4 or free T4 and TSH. The American Academy of Pediatrics recommends the following monitoring schedule [86].

More frequently if results are abnormal or non-compliance is suspected.

If your baby is taking thyroid hormone pills, you may need to restrict the amount of soy and iron in his or her diet. Soy and iron affect how the body absorbs thyroid hormones from the pills. Tell your baby’s doctor if your baby eats soy-based formula or takes iron supplements. Separate the time you administer your baby’s thyroid medication by at least one hour from the time you feed soy formula or iron medication.

Your child will need regular visits to the doctor to check his or her weight, height, development and overall health.  Your child will also likely need regular blood tests to check the level of thyroid hormone.  Blood tests are usually done every one to three months until age one, and then every two to four months until age three. They can usually be done less often after age three.