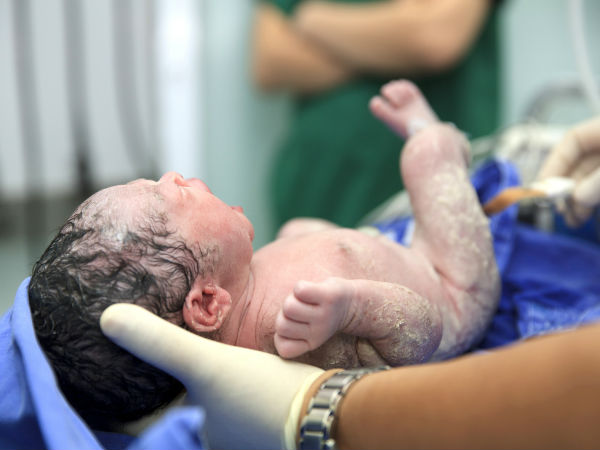 Citrullinemia was first reported in 1962 (McMurray et al 1962). Its name derives from the marked elevation of L-citrulline in blood of affected individuals. This disorder has also been called “citrullinuria” because of the increased excretion of L-citrulline in urine and “argininosuccinic acid (argininosuccinate) synthetase deficiency” to denote its enzyme defect. Heterogeneity is seen clinically, biochemically, and at the molecular level.

Citrullinemia, type II (CIT II) is a condition in which the body is unable to make citrin, a protein that helps move substances within the cells. These substances are important for breaking down sugars, producing proteins and nucleotides, and allowing for the normal function of the liver. CIT II is considered an amino acid condition because people with this condition are unable to transport certain amino acids into mitochondria, the energy-production centers of the cell. You may also hear CIT II called a urea cycle condition. This name is used to describe conditions that cause ammonia to accumulate in the bloodstream.

CIT II is not the same condition as citrullinemia, type I. Even though these conditions have similar names, they have different signs, outcomes, and treatments.

Citrullinemia, type II (CIT II) is most common in the Japanese population, where it affects one out of every 100,00 to 230,000 individuals. CIT II has also been reported in people from other parts of East Asia and from the Middle East.

Citrullinemia, type II (CIT II) is most common in the Japanese population, where it affects one out of every 100,00 to 230,000 individuals. CIT II has also been reported in people from other parts of East Asia and from the Middle East.

Citrullinemia type 2 occurs frequently in China and Japan and presents in newborns with neonatal intrahepatic cholestasis caused by citrin deficiency (NICCD). In older children, citrullinemia type 2 presents with failure to thrive and dyslipidemia, but the most common presentation is in adults usually between the second and fourth decade of life as recurrent hyperammonemia with neuropsychiatric symptoms. In the latter, onset of symptoms can be rapidly precipitated by medications, surgery, and alcohol consumption (Kobayashi et al 2014). Multiple case reports established an epidemiological link between citrin deficiency and hepatocellular carcinoma; however, the underlying pathophysiology is not well understood (Chanprasert and Scaglia 2015).

Citrullinemia type 2 is common in East Asians and usually presents in adults with hyperammonemia and neuropsychiatric disease. It may also cause neonatal or infantile cholestatic liver disease without hyperammonemia, which is usually transient. However, some patients may have a progressive course with continued failure to thrive and dyslipidemia, and a few may develop chronic or fatal liver disease.

Signs of citrullinemia type II (CIT-II) can begin in infancy, adolescence, and adulthood. In babies, the signs of CIT-II usually begin between one and five months of age.

Babies with CIT-II show signs of:

Some of these signs may be seen especially when babies with CIT-II eat foods that their bodies cannot break down. They can be triggered by long periods of time without eating, illnesses, and infections. If your baby shows any of these signs, be sure to contact your baby’s doctor immediately.

If your baby has citrullinemia, type II (CIT-II), then their body either does not make enough or makes non-working citrin. When citrin does not work properly, your baby’s body cannot break down carbohydrates correctly. It causes low sugar levels, high amino acid levels, and high amounts of ammonia in the blood. Everyone has some amino acids and ammonia in their blood, but high levels can be toxic.

Follow-up testing will involve checking your baby’s urine and blood samples for signs of citrullinemia. Harmful amounts of certain substances build up in the body when a child has an amino acid condition, so measuring the amounts of these substances in your baby’s body can help doctors determine if your baby has a condition. High amounts of citrulline in the blood might indicate that your baby has CIT II. Sometimes follow-up testing may also include testing a very small sample of skin.

Markedly elevated plasma citrulline is the hallmark of these disorders. Diagnosis is established by enzymatic or mutation analysis.

Babies with citrullinemia type II (CIT-II) are often treated with a change to a low-carbohydrate diet. A nutritionist or dietician familiar with CIT-II can help you plan an appropriate diet for your child.

Your baby’s doctor may prescribe arginine supplements. Arginine is a substance naturally found in proteins, which can help lower ammonia levels in the blood. Everyone has some ammonia in their blood, but CIT-II can cause dangerously high levels, and high ammonia levels can be toxic. Your baby’s doctor can write you a prescription for these supplements.

In babies, citrullinemia type II (CIT-II) will often resolve itself. Signs of CIT-II disappear until adolescence or adulthood. In adults, treatment can reduce the signs of CIT-II.

CIT-II may cause severe liver problems. If untreated, adults are at risk of needing a liver transplant.