The beautiful exterior hid a painful secret inside as Zahra Beau, from birth, carried a disease that would come back to hurt her very badly. But that was only part of the story; ZB was from one of the poorest regions of Northern Pakistan, a 3rd world country going though deep political and social turmoil. ZB’s birth mother, under pressure from her conservative family, was forced to abandon the baby girl at birth. 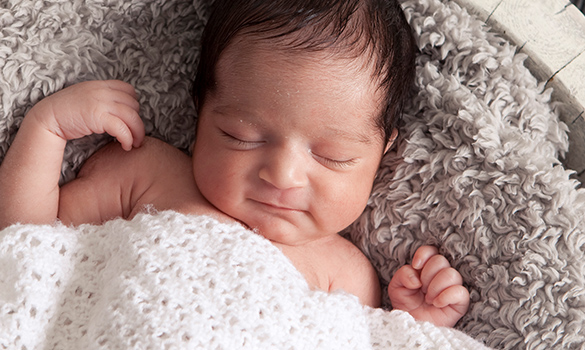 This beautiful baby, with a dark secret inside, was given an another chance when she was adopted, at birth by a couple that at marriage made a promise to each other to give an abandoned baby girl from Pakistan another chance. Zahra Beau, with her adopted parents, left the seemingly lost cause of a life as abandoned girl in a 3rd world country and moved to a place that offered greater hope, love and compassion. But that fairytale was cut short immediately, as ZB’s dark secret, a metabolic disease gained at birth through the misfortune of her birth parents’ genes, would come rushing back to claim her life.In just 4 short months from her birth, having overcome so many obstacles to just find love, ZB’s final battle, to beat a disease that occurred 1 in 250,000 babies – Glutaric Academia Type 2, did not end like a fairytale.

Zahra Beau Naqvi, died on February 18th, 2012, leaving behind heartbroken parents and a family and friend network deep in shock. A baby girl, one who had so much passion and fight to live, one who had so many odds stacked against her, fought for 16 days in ICU till the bitter end to save her life. Betrayed by her body, she willed herself to live, to beat a disease that was incurable if not detected at birth. She never gave up; her parents never gave up until time eventually ran out on the fight.

ZB could have, may have lived and beaten her ultimate obstacle if doctors had performed just one simple ‘heel-prick’ test known as “New Born Screening”. This test would have triggered enough red flags to warrant further investigation which most likely would have led to the discovery of the metabolic disorder. From this painful experience comes the birth of the ZB Foundation, set up by Zahra’s parents in her memory and spirit and designed to give other babies the chance that Zahra never got herself.

Based in Pakistan, the ZB Foundation’s aim is to pioneer the use of New Born Screening, target the uncharted medical area of rare metabolic diseases, and over time, become a compelling soldier for the fight against baby/infant deaths and third world standard pediatric medicine and healthcare facilities. Through collaborating clinics and hospitals and educating doctors and parents, babies will finally have the opportunity to receive a heel prick test (New Born Screening Test) within 72 hours of being born which will result in saving countless lives. This simple test will be provided free of cost- all in the name of Zahra Beau. On the wings of an angel.