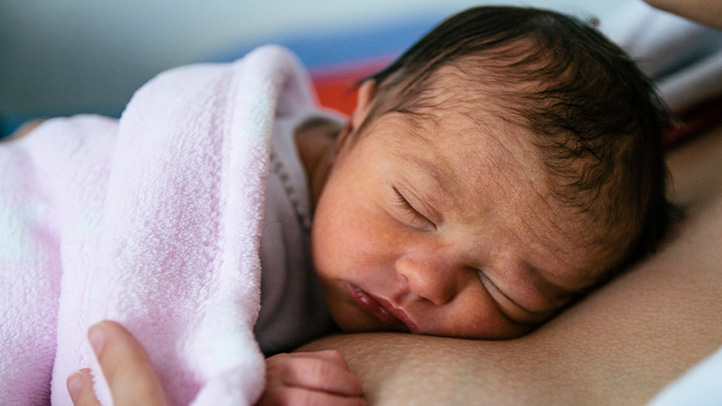 Tyrosinemia is caused by mutations in the fumarylacetoacetate hydrolase (FAH) gene that is responsible for the production of the FAH enzyme. Deficiency of this enzyme leads to an accumulation of fumarylacetoacetate and accumulation of tyrosine and its metabolites in the liver, kidney, and central nervous system eventually causing tyrosinemia type I.

Parents who are close relatives (consanguineous) have a higher chance than unrelated parents to both carry the same abnormal gene, which increases the risk to have children with a recessive genetic disorder.

Some of the first symptoms may be:

Liver problems are common. They can lead to:

Kidney problems also happen and can lead to:

Some babies also have episodes that include:

Children with the chronic form usually start having symptoms after two months of age. Some of the first signs may be trouble gaining weight and episodes of vomiting and diarrhea. Over time, the condition can cause liver, kidney and nerve problems.

If a baby has a presumptive positive tyrosinemia type 1 newborn screening result, additional testing needs to be performed to confirm a diagnosis.

Treatment consists of a diet low in tyrosine and phenylalanine and use of a drug (nitisone or NTBC) that prevent formation of succinylacetone, the toxic agent responsible for liver and kidney damage.

Low-tyrosine / phenylalanine diet:
The diet is made up of foods that are very low in tyrosine and phenylalanine. This means a child will need to limit foods such as cow’s milk and regular formula. He or she will need to avoid meat, eggs and cheese. Regular flour, dried beans, nuts and peanut butter contain these amino acids and must also be limited.

Metabolic doctor and dietician decide on the best food plan for child. The exact plan depends on many things such as child’s age, weight, general health, and how well the medication is working. 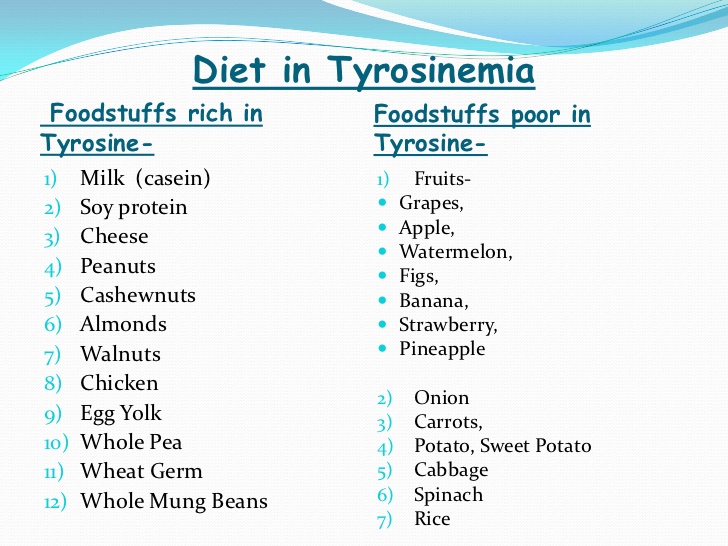 With treatment: >90% survival rate can be expected, along with normal growth, normalization of liver function and prevention of cirrhosis, correction of renal tubular acidosis and resolution of secondary rickets. Early treatment is associated with reduced incidence of hepatic cancer.