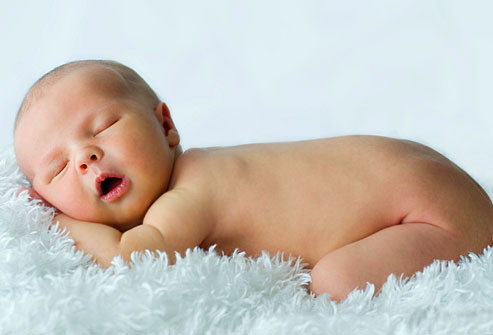 Our body is composed of organs which are basically complex bundles of cells. Cells are the basic units of a living being.

A cell’s daily operations are accomplished through the biochemical reactions that take place within the cell. Reactions are turned on and off or sped up and slowed down according to the cell’s immediate needs and overall functions.

At any given time, the numerous pathways involved in building up and breaking down cellular components must be monitored and balanced in a coordinated fashion. To achieve this goal, cells organize reactions into various enzyme-powered pathways. Many of the molecular transformations that occur within cells require multiple steps to accomplish. Not only do cells need to balance catabolic/breakdown and creation/anabolic pathways, but they must also monitor the needs and surpluses of all their different metabolic pathways. 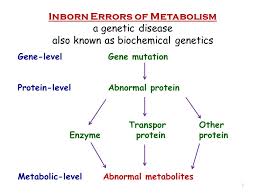 Enzymes are protein catalysts that speed biochemical reactions by facilitating the molecular rearrangements that support cell function. Sometimes, the enzymes involved in a particular metabolic pathway are physically connected, allowing the products of one reaction to be efficiently channeled to the next enzyme in the pathway.

If an enzyme is defective in some respect, disease may occur. If one step is blocked because an enzyme is unable to function, the product may not be formed; if that product is necessary for some vital function, disease results. A number of different enzymes may compete to modify the same molecule, and there may be more than one way to achieve the same end result for a variety of metabolic intermediates. Disease will only occur if a critical enzyme is disabled, or if a control mechanism for a metabolic pathway is affected. 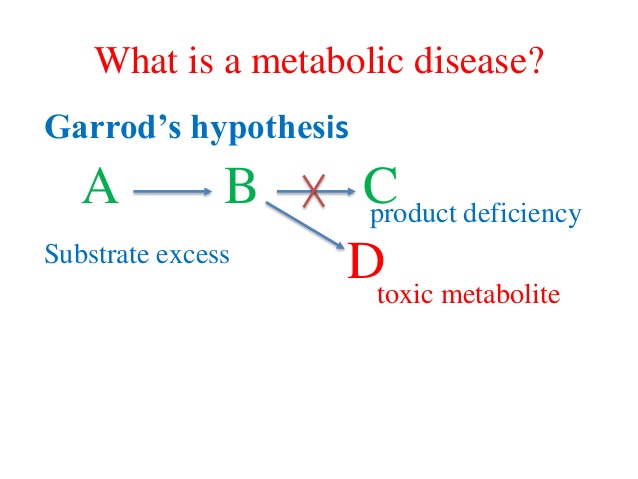 Why Does It Happen?

Many inherited diseases and conditions of humans result from a deficiency of one enzyme. Often, a mutation in one enzyme does not mean that the individual will suffer from a disease.

Albinism, for example, results from an inherited lack of ability to synthesize the enzyme tyrosinase, which catalyzes one step in the pathway by which the pigment for hair and eye colour is formed. Enzymes may eventually be used to control enzyme deficiencies and abnormalities resulting from diseases.

Enzyme deficiency is thought to be genetically inherited almost always in a recessive fashion, as it is mainly the result of “loss-of-function” mutations. This can be inherited either as autosomal recessive (both of the parents do not have disorder but each of them carries faulty gene and delivers it to the child) or as X-linked recessive (only the mother carries the affected gene on the X chromosome and conveys it to the child).

The inheritance of the majority of metabolic disorders is rare and the age of onset is extremely variable; however, IMDs afflict mostly the pediatric population. Early detection of IMDs correlates with significant reduction in associated disabilities and deaths. Genetic mutation is also responsible for enzyme defect that regulates enzyme protein interaction of factors affecting enzyme action. As a result, there is a modification in cellular chemistry either by diminution of essential component or by accumulation of toxic substances.

Treatment approaches for metabolic disorders are based on symptomatic therapy which may include:

Nonetheless, the nutrition therapy is considered as an integral part for the treatment of IMDs. Few parameters are essential for assessment of IMDs which include nutrient intake, growth rate, and laboratory values monitoring.