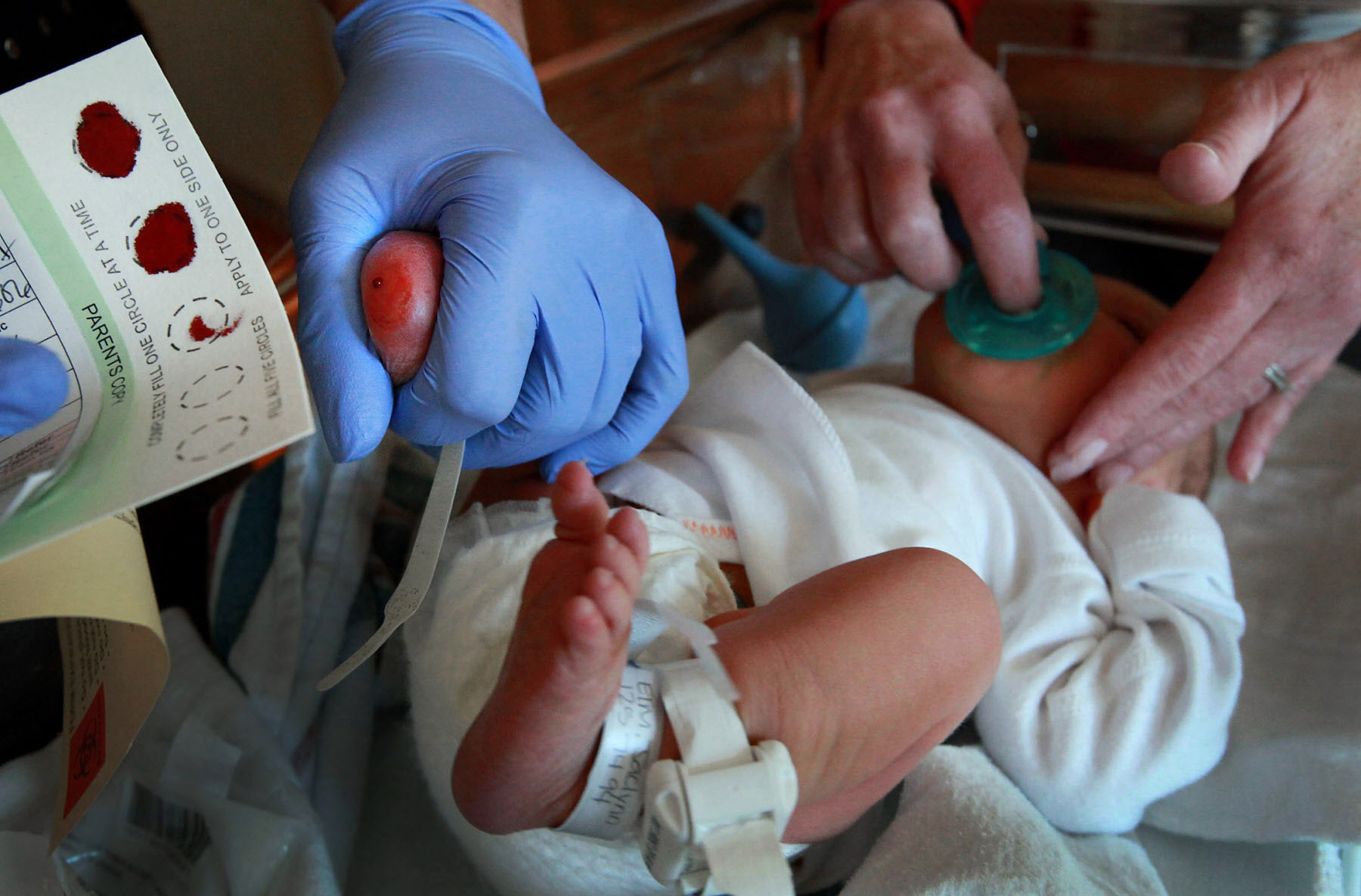 Amino acid disorders (AAs) are a group of rare inherited conditions. They are caused by enzymes that do not work properly. Protein is made up of smaller building blocks called amino acids. A number of different enzymes are needed to process these amino acids for use by the body. Because of missing or non-working enzymes, people with amino acid disorders cannot process certain amino acids. These amino acids, along with other toxic substances, then build up in the body and cause problems.

Because these disorders produce symptoms early in life, newborns are routinely screened for common ones.

These disorders are inherited (passed from parent to child) conditions. Everyone inherit two copies of the genes that cause amino acid disorders. We receive one copy of each gene one from our father and one copy from our mother. Sometime these genes have changes (also called mutations) that prevent them from working properly.

Before babies go home from the nursery, they have a small amount of blood taken from their heel to test for amino acid disorders. Babies who screen positive for these disorders need follow-up tests done to confirm they have the condition. Immediate diagnosis and treatment of amino acid disorders is important for normal development and health.

Without prompt diagnosis and treatment, infants with amino acid disorders will develop varying degrees of developmental delay or intellectual disabilities, medical complications and may even experience death.

Signs and Symptoms of AA Disorders in Newborns:

The age that symptoms start and the types of symptoms that a person has vary. Many babies with amino acid disorders will appear normal at birth.

If not treated promptly, other newborns may develop symptoms such as:

If the condition is not treated promptly, babies can develop more serious problems including:

The only effective long term treatment for amino acid disorders is protein free diet. A long term treatment requires a special and permanent diet. This diet includes man-made infant formula; with low level of amino acids. Most important benefit of Newborn screening for Amino acid disorders is being able to start the diet before any damage is done. Newborns diagnosed with these disorders can live a relatively normal life, once they get used to the right diet.